How to Use Associ8 in HubSpot - Carvana Use Case 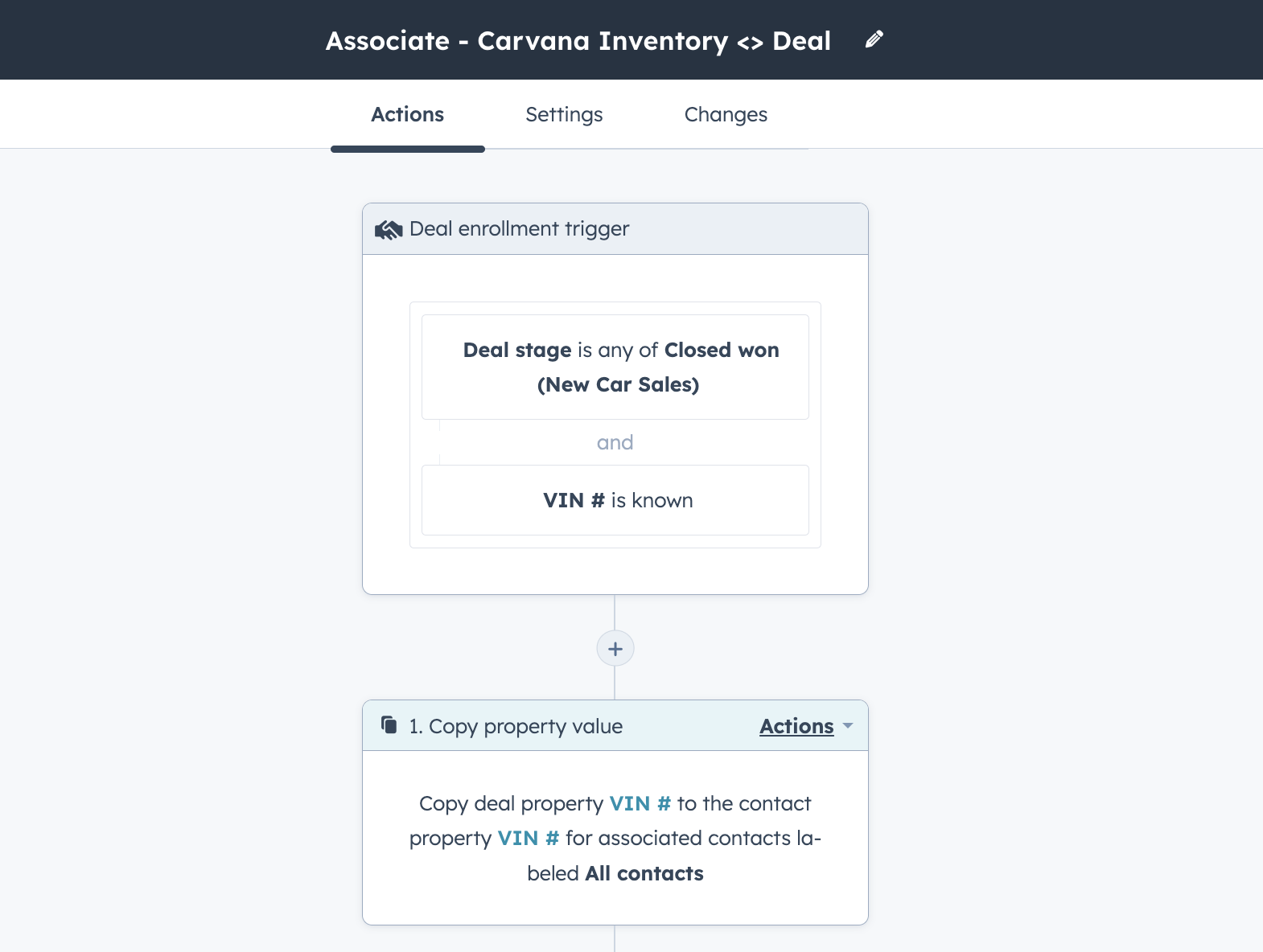 In the following demo, I create an imaginary Carvana HubSpot instance where Associ8 allows us to add associations and labels between the Contact, Deal, and Custom Object used to track vehicle inventory. A "VIN #" custom property is used as the unique identifier to look up associations between objects.

Shoutout to Jonathan Stevens + the team at A8 Labs for a 🔥 product.

The Associ8 app is one of the best tools for a HubSpot operations expert to have in their toolbox.

Take advantage of the 1,000 associations per month, which allows for testing and iterating. It can also support small-scale association projects.

For large-scale operations, there are paid options depending on the number of associations you need in a month. Hello YouTube and LinkedIn. I hope everybody's having a wonderful week and a great start of 2023. My name is Liam Redding, and I'm a Senior HubSpot Strategist with Remotish agency. Today in this video, I want to highlight two things. One is, it's really one thing, but one is the Associ8 app. It's one of my favorite apps, one of my favorite tools in my tool belt. And I think it's something that every operations professional needs to know about. And then I also wanted to demo that using an imaginary instance of Carvana.

So the reason why associate is so cool is it allows you to make associations and set Association labels between objects. And I'm working on a project right now that involves a lot of setting of association labels, and just making sure that everything is accurate and up to date amongst the objects and their associations. And there's a lot of really cool automation that you can build off of this. It's a very powerful tool. And I want to go over an imaginary use case, an imaginary instance, to give you an example of what this tool can do. So in this instance, let's say Carvana uses HubSpot. And they have all of their infrastructure for their business within HubSpot. And they created a custom object called Carvana inventory, which stores all of the inventory that they sell on their website. And let's say that Carvana, we only have these four sad records. But like, let's say there's like 100,000 records in here. And it contains all of the vehicles that Carvanha has, like, sold or, or has for sale over the last year. And let's say that all the active inventory that hasn't been sold yet, and is still available for sale, then populates into a HubDB table, which then populates dynamic pages for listing those vehicles for sale. And let's say there's a whole suite of automation that powers the deals as they move through the stages. And it's all beautifully set up and much more robust than what I’m about to show you.

But in this instance, I just went through and created four Carvana inventory records just to show you what that would look like. Each of these would be their own independent objects, similar to how you would have a Contact stored. The reason why you use a custom object, or one of the primary use cases, is to model some kind of data point or some relationship that your business has that isn't currently modeled with standard objects offered. So contacts, companies, deals, tickets are your primary standard objects. And then you would have these additional custom objects which you can create to represent things like inventory.

So this would be its own record here. And we would store all that information about the vehicle there. Let's say that this is the pipeline that we've created to represent the process that a customer goes through, let's say when once they add the inventory to the cart, they sign into a private membership website that authenticates the user that has signed in with the contact record, let's say they then add a vehicle to their cart, it's then going to populate a deal in the added inventory to cart and associated with that contact. Let's say after they add it to the cart, they have to click a button to click that button, which then qualifies them to buy. And then at which point they are qualified to buy.

Once they're qualified to buy, let's say there's a representative that's then rotated this deal and it's assigned to them, they enter a contract negotiation phase, the deal then automatically updates that phase, contract negotiation goes on between the customer and the sales rep within the company, at which point the deal is closed, and the transaction goes through. And that deal is then automatically moved to close won. If at any point in that it fails, it will go to close lost.

So let's say we're going to create Liam Redding - Minivan. And let's say this was created by automation. But in this instance, I'm going to create it manually. And I'm going to associate it with my contact record. And we're going to say we're not going to populate an amount here, we’re not worried about the amount. I know that you could say the vehicle could be stored as a line item, can be represented in two places. In this instance, that would be what I would recommend have its own custom object, but also to then populate that amount. And I'm sure that you can do some automation from that custom object as well to populate that
Oh, I didn't even create the deal. Wow, sorry. You gotta watch me do it again. Alright, so and then we're gonna associate it with Liam Redding. We're going to associate it with that, amount doesn't matter, we're going to create the deal. Alright, so deal is created. And if we can see in this deal, there's an association with a contact. But there is no association with a Carvana inventory here.

We then go back into the deal pipeline, that deal then progresses through the stages qualified to buy contract negotiation, at which point it reaches closed won, at some point in this process, most likely the very beginning, once they added that vehicle to the cart, that VIN number will be populated on that deal record. But for this for demo purposes, I'm just going to copy and paste that value. And we're just going to see it's a required field for the deal to enter closed won. So in every instance, of a deal entering closed won, VIN number will need to be known. So we've populated the VIN number for the minivan. Let’s say next, and it's gonna move to close won.

And the Carvana inventory would already have been pre-loaded into their HubSpot instance, because they already had all that raw data on all their inventory. And that unique identifier, a VIN number would be stored on that inventory as well. Then the only other object if you're associating the three contacts deal, and custom object, the only other one that would need that unique identifier, a VIN number, in order to complete that trifecta of associations would need to be the contact. So you pass that off from the deal to the contact, that then fires off this second automation, which we'll go over in a second.
So this first one is focused on associating the deal with Carvana inventory. So we can see here, it's the Associ8 deal, or associating that with the object type Carvana inventory, based on the associated object property VIN number, which is the display name, the primary display name for that custom object, we're then going to search a value on that deal that is associating with the Carvana inventory of VIN number. And because those two unique identifiers match up, we can then say this has been purchased. For the contact Association, once that VIN number value is populated through this workflow, it's going to trigger them to come down, that contact to come down.

And then we can say that the contact is associating with Carvana inventory, we can use those unique identifiers and say, inventory has been purchased. I'm not sure if it would ever happen. But I'm sure for Carvana it would, There would likely be other association labels such as return inventory, which would allow you to build other automation to support that as well. And you just have to build the triggers that would require the instance of where those would need to be updated.
So in this example, we have now set the minivan to be associated with the contact Liam Redding and the deal as well. So all those objects are now associated with one another with the association label of purchased inventory. So now no matter which of those objects I go to right now and in the actual vehicle itself, but then if I went to the customer, I would see the minivan deal. And I would also see that they purchased that inventory here. And then if you go into the deal record, you'll see Carvana inventory is purchased.

So that's a demo of how you can use the Associ8 app to associate between custom objects or different objects and then also set the association label. Really cool, really powerful stuff that you can do. I'm sure there's a lot of people who are familiar with Associ8. So drop any of your favorite use cases, thoughts, comments in the comments below. For anybody who made it to this point in the video, I really appreciate your time. And I hope you found all the advice helpful. I will be back soon. See you later. Thank you. 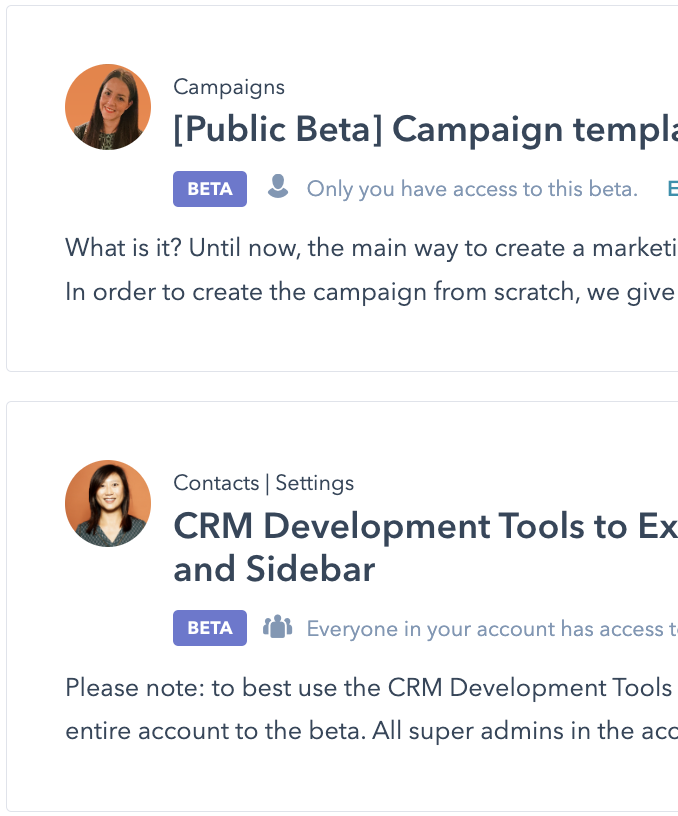 How to Enroll Your HubSpot Portal in a New ... Everything You Need to Know About HubSpot Data ...